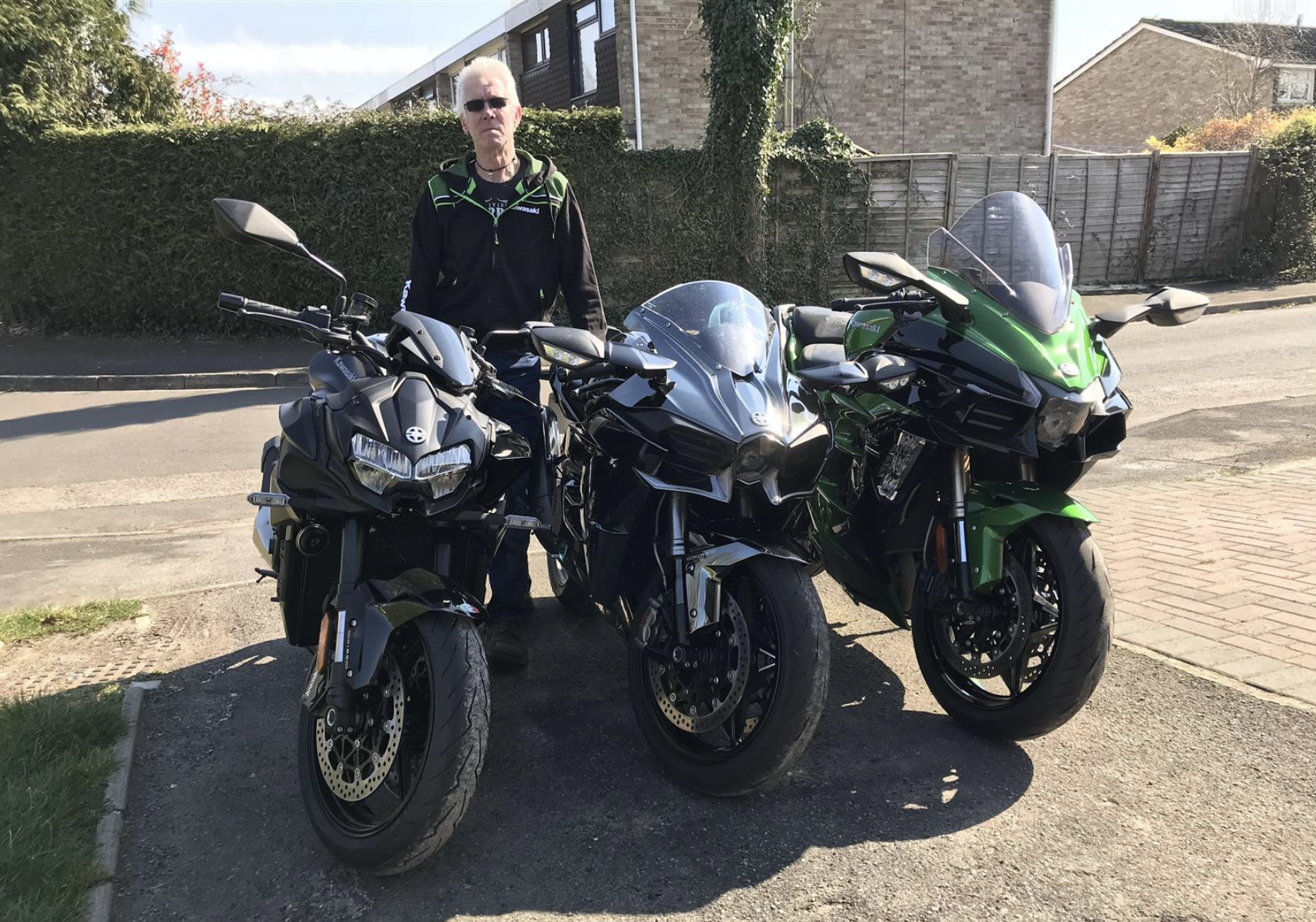 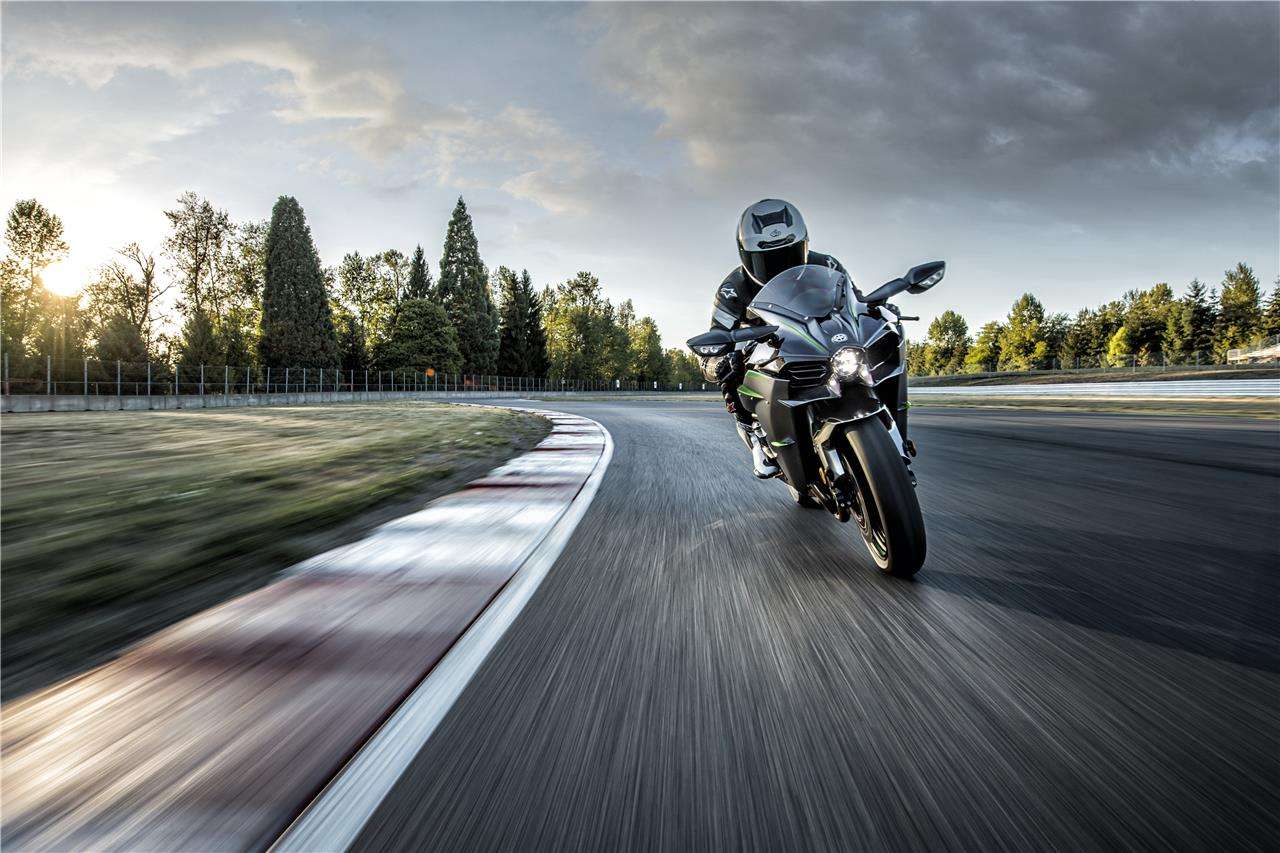 In 2015 Kawasaki rocked the motorcycling world by announcing that a supercharged motorcycle was on the horizon, in the form of the road legal Kawasaki Ninja H2 and the fire breathing track only Ninja H2R that is capable of blasting out up to an astonishing 305BHP.

Since then, Kawasaki has continued the legacy by introducing supercharged technology into a number of categories. Those who have had the privilege of riding a supercharged motorcycle will understand the immense and subsequently addictive acceleration that a forced induction, lightweight vehicle can produce.

We are pleased to report that one of our Club Kawasaki members, Stuart Buckman has the absolute pleasure of owning not only one of these utterly satisfying motorcycles, but three!? His supercharged stable is complete in the form of a Kawasaki Ninja H2 SX SE, Ninja H2 and Z H2.

We spoke with the Stuart to find out what it’s like to be in possession of these ground-breaking machines.

Where did it all start Stuart?
I’ve always been into bikes and I’d say mostly the bikes of the 60s and 70s. Mainly Japanese models and the majority of the time Kawasaki. I used to be a motorcycle mechanic and we were a Kawasaki dealer at one time. My first ever bike was a Honda S65 road bike, as I progressively got older and started work, a lot of my money went on bikes. I had a Honda Benly 125 then a Suzuki 125 trail bike and then a KH 250, but a green one and the list goes on! I’ve owned around 20-30 bikes in total. The Kawasaki models include my Z1B, Z1000, Z1300, Z1R and I rode the 750 triples and 500s through working at the dealership.

Most people would be happy with one supercharged motorcycle, however you have three! Tell us what inspired you.
Over a period of time I found myself in a fortunate position financially, I’m not getting any younger and so I ended up buying bikes again and found myself with six in my garage. I could never afford an MV Agusta when I was younger so I bought three of them. I also had a Kawasaki Z900RS which I traded the Kawasaki GTR1400 in for. I missed the GTR, so I had a look at the Ninja H2 SX SE and ended up buying that one from the friendly team at Alf’s Motorcycles. I enjoyed the Ninja H2 SX SE so much, and I popped over to Alf’s Motorcycles in Worthing all the time, where they had the Ninja H2 sitting there… I was ‘umming’ and ‘ahing’ about it. Then I bit the bullet, traded in one of the MVs and just bought it because I always loved them since they first came out. I’m just fortunate that I’m in a position to afford them. Life is too short and if you’ve got a chance to do something you love then do it and that’s why I bought them! Finally I traded in the other MV and bought the Z H2 because I’ve always had at least one naked to just jump on and ride, I liked it anyway and I thought it’s supercharged and different, so why not have all three.
I’ve done 7500 miles on the Ninja H2 SX SE. The Ninja H2 has a few miles and I only just got the Z H2.

What is your favourite aspect of each model?
The supercharged engine, full stop. The Ninja H2 SX SE is so smooth and I get on with it.

Do you have a favourite and if so, why?
No, I like them all. Even the misses likes them all! I tend to use the Ninja H2 SX SE most because I can use it all year round. When the better weather comes around, the others will come out. I try to use the bikes for what they are intended for.
The type of riding I do mostly is going out on a Sunday for the entire day and I’ll just ride for the pleasure of it. I’ve been known to do 300 or 400 miles on a Sunday! Heated gloves are a god send…

What does a supercharged motorcycle feel like to ride?
So smooth and they have all the power you need, but it’s not like the old turbos with the lag. They used to be a bit harsh. With the Ninja H2, you wind it on and it just goes.. It’s so smooth especially with the quick shifter and in some ways its better than the GTR1400. The engine and acceleration just keeps on going and it’s usually me who stops wanting to accelerate before the engine does!

Recommendations for anyone who doesn’t own a supercharged bike and is considering it?
Simple, I would say buy it if you can afford it!

What’s next? A Ninja H2R?
Haha, It depends. I get on with them all. I live near Southampton and I visit Alf’s motorcycles all the time. They are a genuinely friendly bunch and look after their customers so we will see what comes up.

Re-energising one of Kawasaki’s most lusted after paint schemes from the 1970’s, the new Z900RS SE model for the 2022 season will be available in the classic “Yellow Ball” livery of the original 1972 Super Four, model Z1.